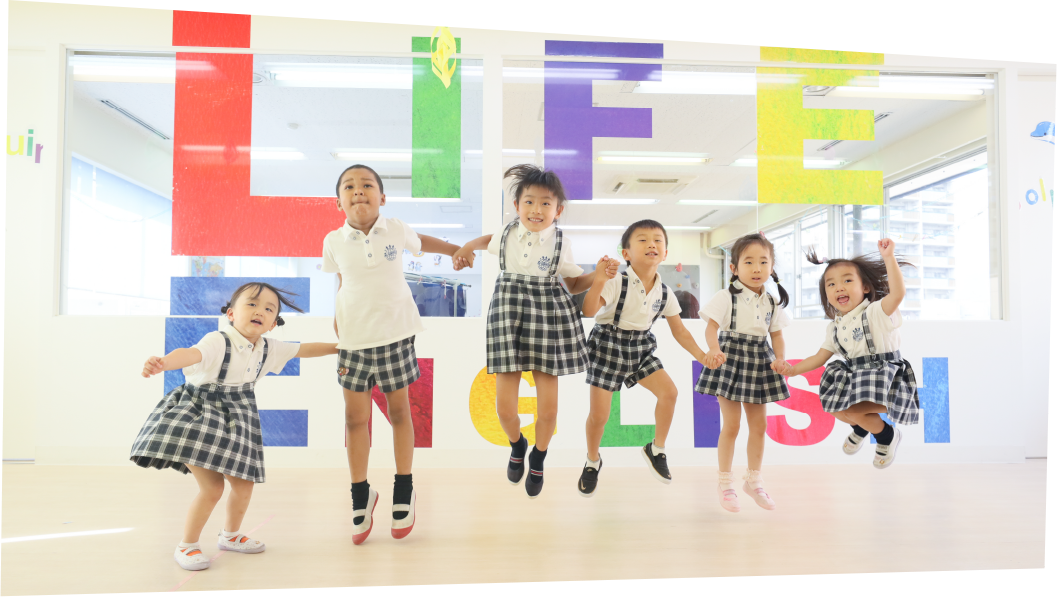 Education should be a combination of emotional, social and academic skills. Here at No Borders, we take those components and add in lots of fun and inspiring teaching methods to ensure the student’s time here is rewarding and inspirational.
Also, we believe for the child to be successful at school, the parents, educators and administrators must work closely together to ensure the student is receiving the care and support they need.
The education they receive here at No Borders, will not only prepare them for elementary school, but prepare them for life! These few years are critical stages in development. Which is why we focus on developing the ‘whole child’ and spend much time working on emotional and social development.

LIFE ENGLISH
Being an international school in Japan, many of our Japanese students come here for the benefit of learning English. LIFE ENGLISH is one of mottos we use to explain how we teach English. We don’t teach it as a subject, but rather through our everyday experiences and lessons. However, we are a full school with a complete western style curriculum for our overseas students.
Child Centered learning
At our schools, we use a “Child Centered Learning” approach. The most important thing about it is that it helps children direct their own learning. Within a short time span, children partake in many activities and develop their ability to concentrate. Children speaking out and guiding the lesson within the classroom may seem odd, but we believe that the unplanned activities and questions help children develop their independence and ability to take action on their own, and learn and internalize. Also, by allowing the students to be active learners, they are much more engaged in the lessons. To support this approach within No Borders, we have partnered with David Paul as a developer, consultant and trainer.
David Paul
Distinguished among English educators, he is an expert in the world of English-language education, with over 30 years of experience. He formed his experiences with children's language development into his child-centered philosophy, “Child Centered Learning”. Currently, his focus is on coaching and cultivating the skills of English educators.
He began teaching English in Hiroshima in 1980, and founded “David English House” in 1982. Going on to open schools in Seoul and Bangkok, his schools developed an excellent reputation around Asia. Currently, he devotes his time to lecturing and training teachers, with the aim of creating enjoyable environments where children can learn.
He has also written several textbooks and English instruction books. NO BORDERS’ concept, “LIFE ENGLISH” resonated with him, from 2018 David Paul became a partner of NO BORDERS. and has supervised NO BORDERS’ curriculum and assisted the professional development of NO BORDERS’ staff. 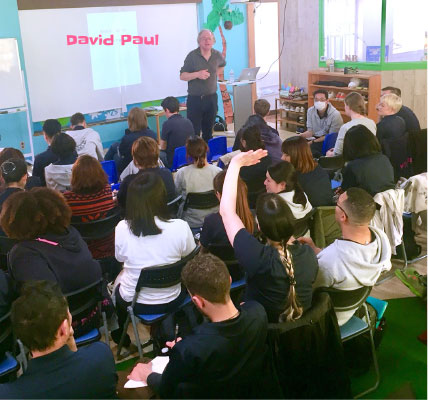 Globally Minded Curriculum
Our educators have a deep passion for teaching. Which is why we here are NO BORDERS incorporate teaching ideas and methods from all around the world to best meet our students needs.
Our lessons are fun and theme based but more importantly they are globally inspired. We want to expose as much of the world as we can to our young learners.
Whole Child Development
A large part of our daily instructions comes in the form of talking and working thru situations with our students. It is these lessons about sharing, caring, overcoming challenges, working in a team, waiting patiently, et cetera that we feel the most important learning takes place. Of course, we place emphasis on the expected academic skills of math, science, language arts, social studies. But the development that takes place in small situational lessons that young learners encounter are far more important and essential in the ‘whole student’ development.
Language Arts
As English is the accepted ‘Lingua Franca’ we here at NO BORDERS place high emphasis on ensuring the students learn proper English and are able to communicate effectively. This is beneficial for our local Japanese students who wish to learn a second language and for our International Students to ensure they are equipped for when they return home. 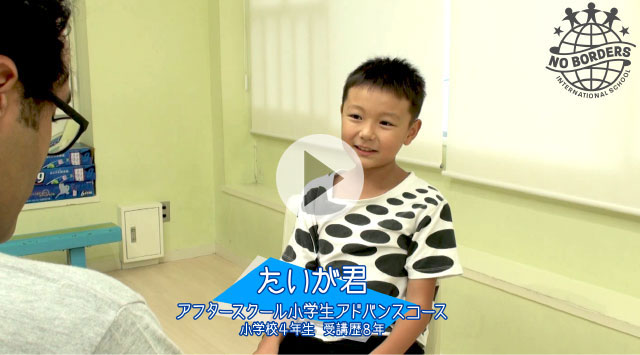 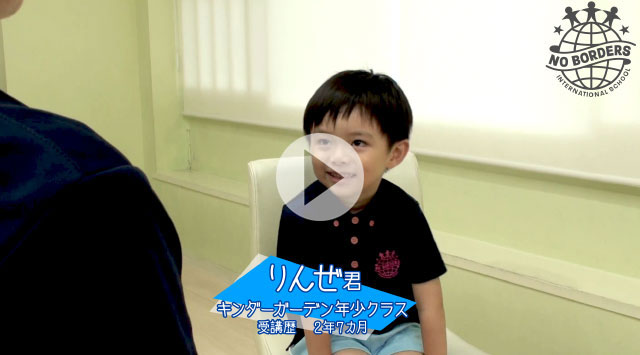